This War of Mine's
8th Anniversary

11 bit studios celebrate it with another Ukraine charity initiative

This War of Mine, a game that has become a champion in the education of the effects of war on ordinary people, is once again supporting a fundraising campaign in an effort to help war torn Ukraine

Eight years after its 2014 launch, This War of Mine is not only wildly successful in its own right with over 7 million copies sold, but it’s also become an embodiment of the hardships civilians face during wartime, a platform for charity fundraising, and even a recognized educational tool.

Now available at Humble Bundle, the This War of Mine: Complete Edition for PC—alongside other titles from 11 bit studios such as Frostpunk: Game of the Year Edition, Moonlighter: Complete Edition, Children of Morta: Complete Edition, South of the Circle, and more—is giving players yet another chance to give back where it counts. When purchasing The Complete 11 bit Collection Game Bundle, players can opt to leave 11 bit in the poor house and donate the entire sum—apart from Humble’s small fixed share—to Razom, an organization dedicated to helping rebuild a prosperous Ukraine.

Here are 8 interesting facts about This War of Mine’s achievements in the last 8 years. 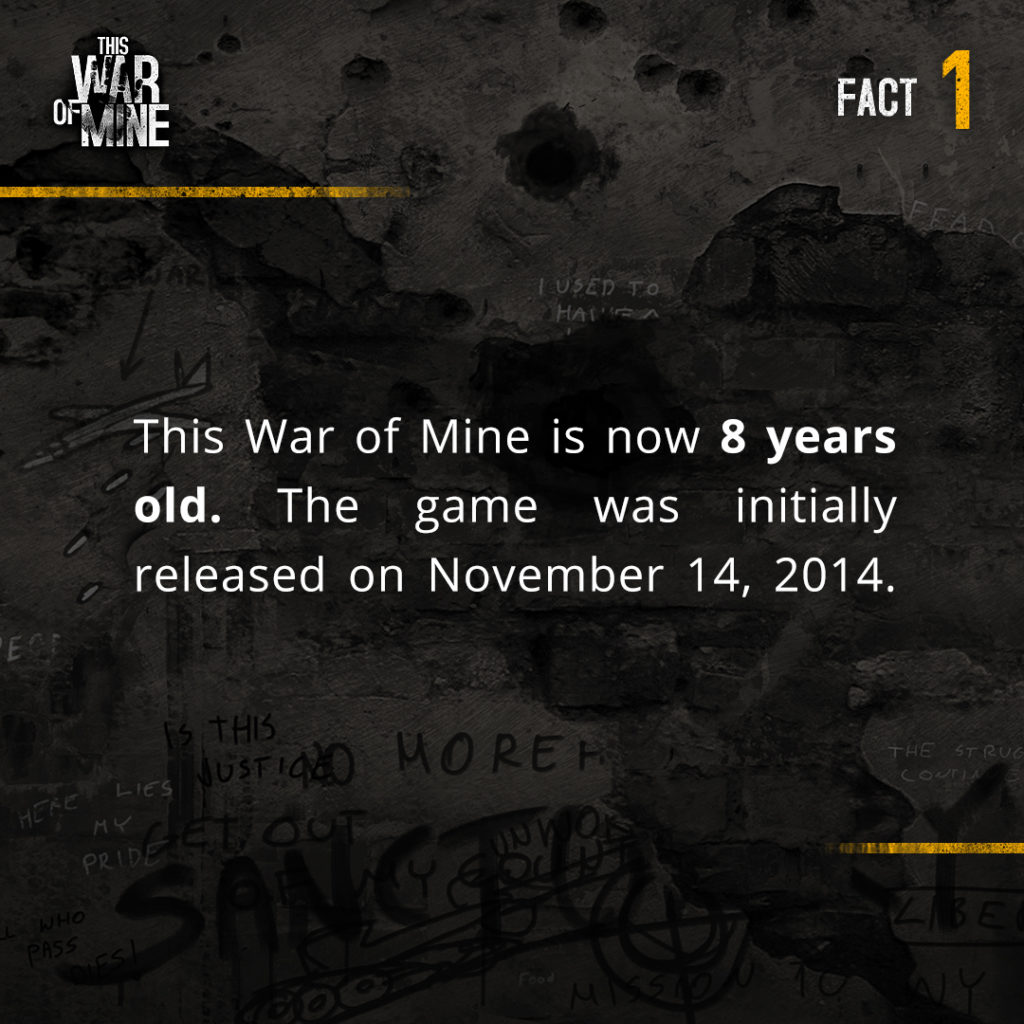 This act of charity comes on the heels of many other opportunities that first began with the This War of Mine: The Little Ones DLC, as it raised funds—$558,000 and counting—for War Child helping youngsters affected by war. In February of 2022, when Russia invaded Ukraine, 11 bit studios decided to donate the proceeds of one week’s worth of This War of Mine sales to the Ukrainian Red Cross. During that period, 204,000 copies were sold across all platforms raising a massive $850,000 in the process.

11 bit studios is equally proud of the recognition This War of Mine has gathered over the years. The game has been shown in countless exhibitions with highlights such as being featured at The Museum of Modern Art in New York and in the recent War Games exposition at the Imperial War Museum in London, and also its inclusion in the Polish national education system. Starting in the upcoming school year, This War of Mine will be added to the core curriculum of schools across Poland as complementary reading to use during lessons surrounding armed conflicts, morality, and ethics. Already in use by various teachers throughout Poland and by university lecturers worldwide, the impact of This War of Mine on impressionable students thus far cannot be understated.

The Complete 11 bit Collection Game Bundle at Humble Bundle will be available thru November 17th.