This War of Mine surpasses
7 million copies sold

The most comprehensive version of the game is now available on Xbox Series X, also in Xbox Game Pass, and PlayStation 5

Almost eight years after its release, This War of Mine remains a game with a powerful, pacifist message. Already reaching more than 7 million players around the world, 11 bit is proud to further spread this impactful story as This War of Mine: Final Cut releases today on Xbox Series X|S and PlayStation 5.

Final Cut serves as the most polished This War of Mine experience released on consoles. It’s the sum of numerous patches, tweaks, balancing, AI improvements, control scheme updates, and stability that have been implemented since launching on the last generation of hardware. A fully-packed, ultimate edition of the game, containing all additional content provided in two major updates: Anniversary Edition, with three new locations, new NPC civilians, a new scenario, a new playable character, and more achievements, and then the Final Cut update with 4K visuals, UI adjustments, and remastered locations from both the base game and DLC with new quests and events.

This War of Mine: All Expansions Pack consists of The Little Ones DLC, which adds children to the survivor groups, and three narrative-focused Stories debuting on Microsoft and Sony consoles; Father’s Promise, The Last Broadcast, and Fading Embers each introducing new locations and mechanics, along with stories touching upon different moral and cultural aspects of wartime survival. The Last Broadcast was written by Meg Jayanth, writer of 80 Days. 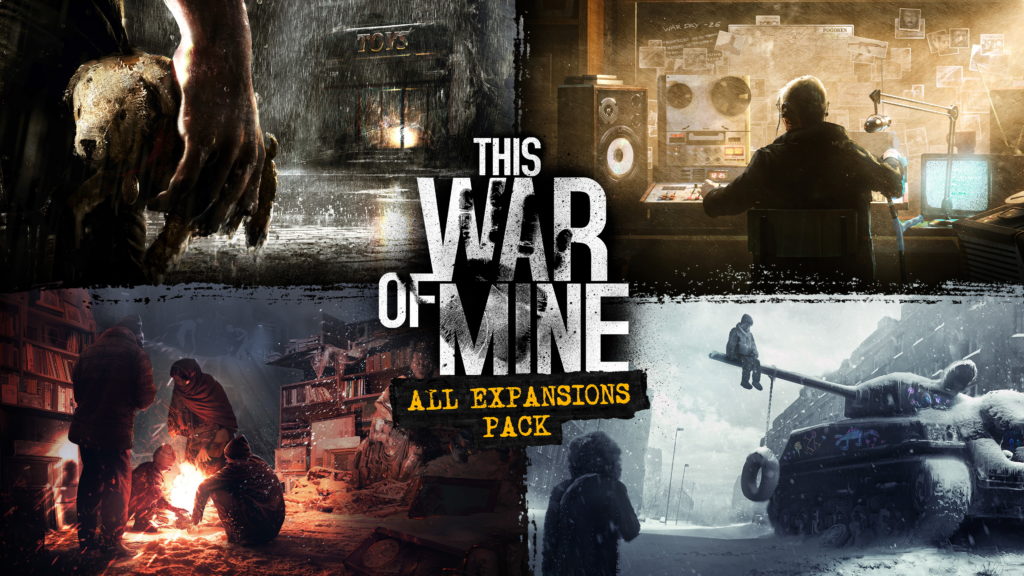 The game is also available in This War of Mine: Complete Edition which bundles the base game with all four DLCs.

This War of Mine
Xbox Series X & PlayStation 5 Launch Trailer

“It’s no surprise that This War of Mine is one of our company’s crowning achievements. We put a lot of care into it, and the game has changed a ton in the time since console owners first had a chance to immerse themselves into these civilian struggles. We’ve improved on every aspect of the original, and now, with the potential of new hardware at our disposal, we’re proud that we’re able to present a perfected version of our bestselling gem,” states Bartek Gwardiak, Lead Producer at 11 bit studios.