The Invincible shown
on debut gameplay

Developed by highly-talented new studio Starward Industries, The Invincible will be making its way to PC and consoles next year. Appearing recently on the PC Gaming Show presenting its gameplay for the very first time, it was also revealed that Starward Industries will be joining in a publishing partnership with 11 bit studios to bring this stunning project to players around the globe.

Step into the role of sharp-witted astrobiologist Yasna, as she awakens on the hostile surface of a distant planet and is thrust into a life-or-death rescue mission. On Regis III—uninhabited by humans and unexplored—she’ll be faced with the daunting task of finding the missing crew members of an interstellar scientific expedition which ended suddenly, far from home and alone. Diving deeper into the mystery of her missing colleagues and noticing the appearance of mind-bending scientific phenomena, it soon becomes apparent that Regis III may hold terrifying secrets on its dusty surface. Unable to turn back, struggling with unexpected choices and their consequences, Yasna is forced to rethink not only her own but many of mankind’s ambitions and biases in this daring expedition. 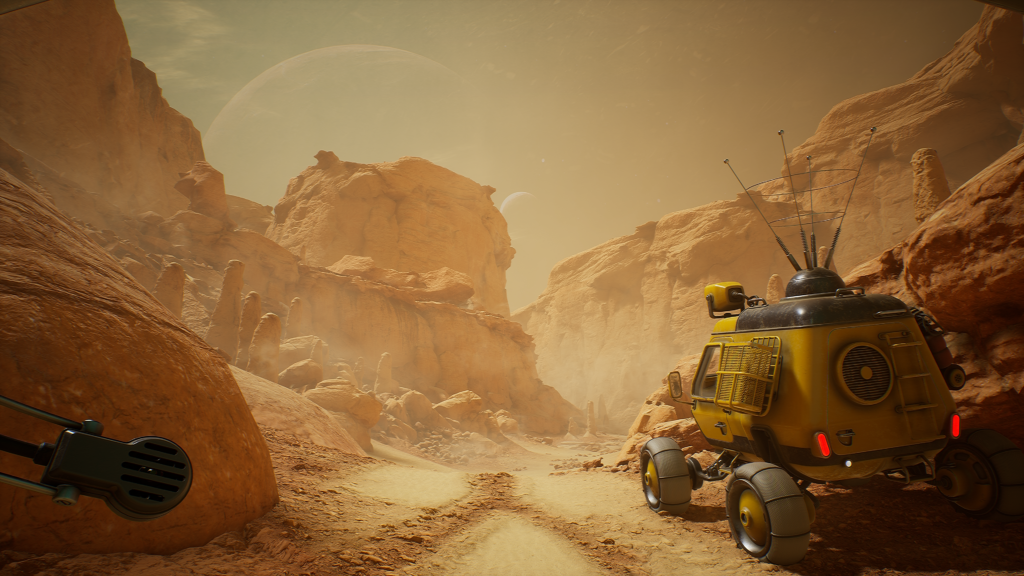 The Invincible, brought to life with a stunning retro-futuristic aesthetic, is based on the environments built inside the pages of the iconic novel of the same name by world-famous science-fiction author Stanislaw Lem. 11 bit studios is excited to add this philosophical, hard sci-fi, atompunk adventure to its expanding publishing portfolio. Additionally, both companies have come to an agreement that 11 bit studios will become minority shareholders in Starward Industries.

“When many of us were teenagers, Lem gave us a vision of the future that felt surreal. And as a reader, I couldn’t imagine the world of The Invincible being more tangible than the one portrayed in the game. As a Polish publisher on a mission to showcase meaningful entertainment, we couldn’t pass by the opportunity to take on a game based on such an important piece of Polish cultural heritage as Lem’s book”, said Marek Ziemak, External Development Director at 11 bit studios.