A quest to explore and expand is underway

As our city prospers, we need to reach for the uncharted to maintain its growth. Your Administration is pleased to inform you about attempts underway to expand our influence. On behalf of the Imperial Exploration Company, in the upcoming months, two brave Scouts will travel through the frozen nooks of Norway. They will send back reports on the weather conditions and everyday hardships they encounter in order to share knowledge about survival in hostile conditions. It is the Administration’s honour and privilege to share these accounts of their deeds with you.

Now let Lars Andreas Melsæter and John William Baier Hofoss – the two Frostpunk fans who approached us with an invitation to take part in their incredible journey – share a few words about themselves. 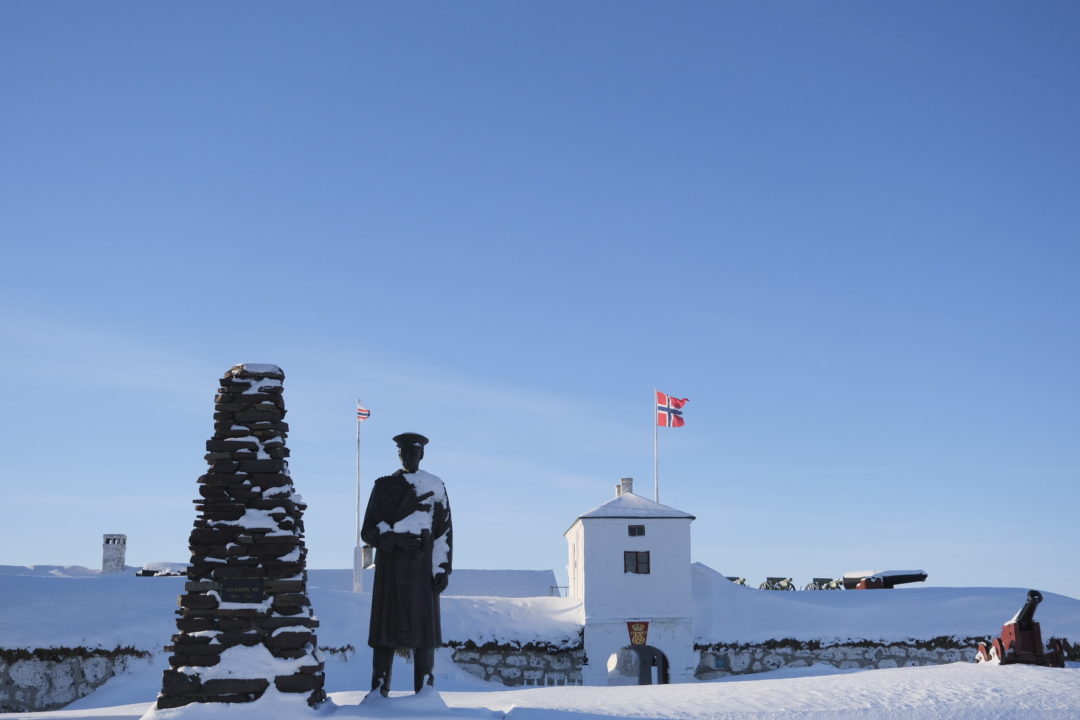 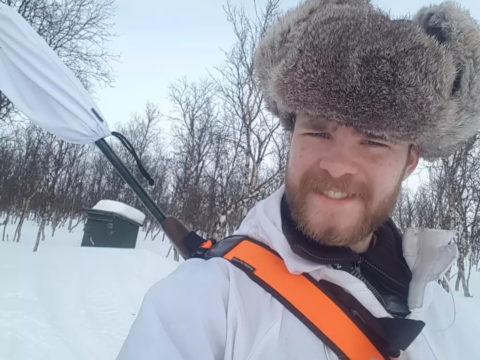 Lars: I’m 22 years old. Born and raised in Molde, in the midst of the mountains, hills, and fjords of Møre og Romsdal, western Norway. My heritage traces to a long line of fishermen from the island-village of Bjørnsund.

After finishing my 14th year off school with flying colours, I decided not to devote myself to an education I did not care for and applied to Folkehøgskolen 69 Grader Nord in northern Norway. Folkehøgskole’s unorthodox teaching covers hunting, dog keeping, clothing making, pathfinding, and all other skills that one might need to travel in northern Norway. The studying lasted for two semesters. Prior to moving to the far North, I actively participated in the local scout section for more than a decade, mostly in leadership positions. Scouting and the outdoors have been a great passion of mine for most of my life. Though I spent hundreds of nights outside and covered thousands of kilometres on foot, I have never undertaken anything of the scale we are about to embark on.

I have long dreamt of a journey like this, and hopefully, it shall only be the first of many. Because of that, I moved to Tromsø in order to plan the expedition from here.

The peace of the woods and mountains, along with the simplicity of one’s basic needs, has always been the way for me to retreat and relax in an otherwise stressful lifestyle. I enjoy quiet evenings by the fireside for the view but granted my upbringing I do not like sitting still if it is uncalled for. Somewhat countering this love for peace and quiet, I am also known for highly ambitious trips and projects, and like pushing myself physically hard for no particular reason. Cabins are wonderful and cosy, but seeing, feeling, and doing the extreme ends of the spectrum are thrills and accomplishments are difficult to surpass. 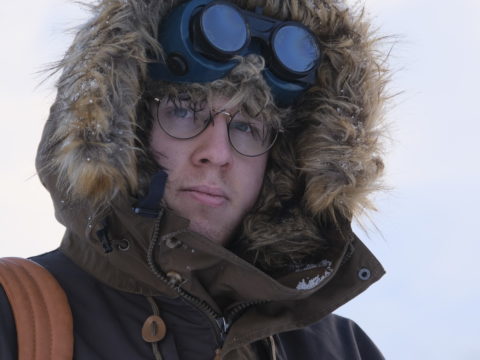 John: I have been fond of nature for most of my life. I’m 20 years old, and grew up in the Norwegian countryside, in Hadeland, surrounded by forest and hills. Here I hiked a lot with my family. Also, a common practice for kindergartens and primary schools is to let the children play in nature, so I took part in that.

In my area, countryside cross-country skiing is not as common as the one in pre-made tracks, so I was a stranger to it until school. My chosen subject centred on planning and executing expeditions in the mountains of Northern Norway. One assignment was to make a group for a planned 18 day trip without a teacher, and it made me fall for long expedition-like trips. I had no experience in the snowy mountains and plateaus of northern Norway, but I feel this half-year has taught me enough to take on this expedition.

During my journeys, I also developed a love for photography, and for the expedition upgraded from a small, cheap camera to much more expensive equipment to better capture the wilderness. I adore photographing parts of nature that very few people have seen.

After school expeditions, I knew I wanted to continue, albeit sleeping in a tent for a long time really makes you appreciate four walls and a roof over your head. I moved to Tromsø to study urban planning, while also going on hiking or skiing trips. And when I started to feel limited by my studies and short, two-day trips related to them, Lars’ proposition came. We knew each other from the expedition school and he told me that he’s going on a 4-5 month trip all around Northern Norway. After some consideration, I quit my studies and decided to come along.

Those fine gentlemen, accompanied by two lovely dogs: the black one named Gøril and the white one named Mikey, will attempt to cover approximately 1800 kilometres of various terrain on foot. Their initial report talked about expecting a little daylight and below minus 40 degrees centigrade before the spring gradually brings the light and thaws up the North. 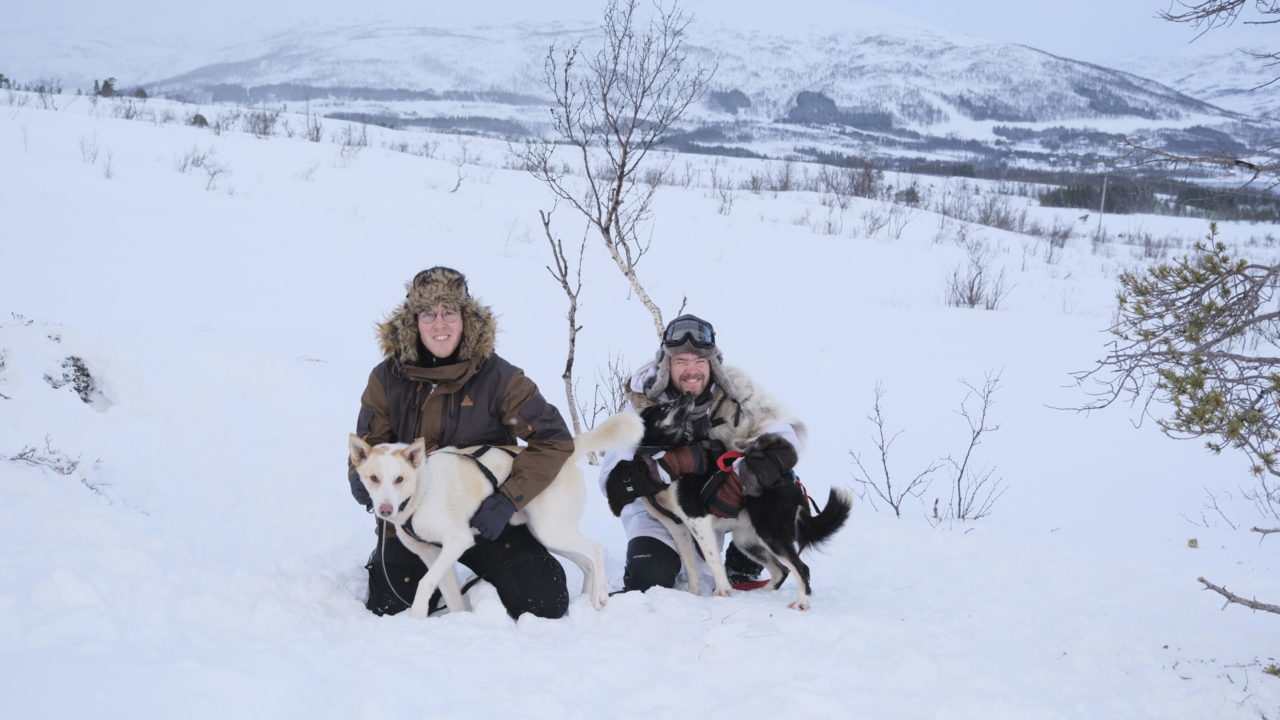 The starting part of the journey – going by ship from Tromsø along the coast to the far east settlement of Vardø – left the crew with light seasickness. After a slight delay, Lars and John were ready to move into the actual first stage of the expedition that concluded in the municipality of Tana. “It’s a flat open terrain, but also a difficult, river-cut one, with limited vegetation and relatively frequent whiteouts” – explains Lars. “Along with not being used to the camp routines and being in worse physical shape than later, the unfamiliar whiteout-prone landscape makes this the segment I personally look the least forward to. The Varangerhalvøya National Park does hold its unique charm, though I believe it to be more spectacular in the spring. There are luckily a few cabins here and if the weapon accusation goes through, we may stay and hunt for a while. The temperatures here may vary but will not be as low as the peninsula is hated by the sea surrounding it. As of writing this the temperature at the middle of the peninsula is minus 15 degrees Celsius”. 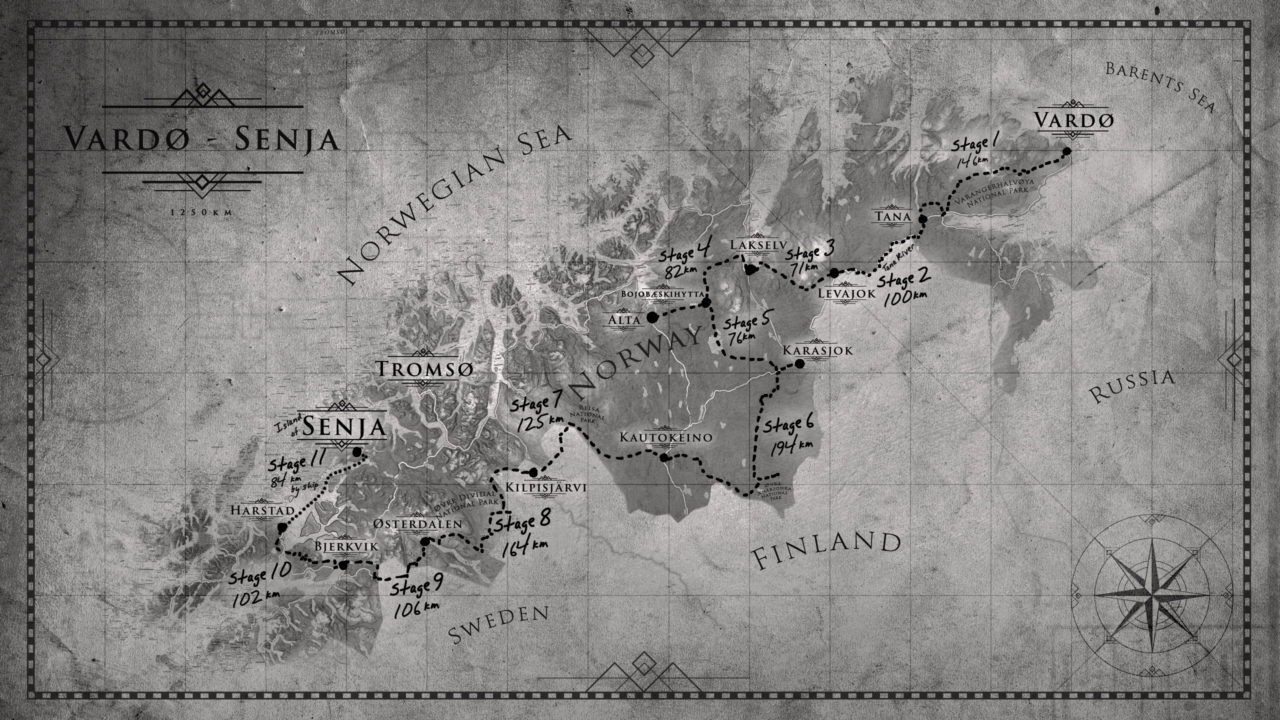 We wish our Scouts all the best. The New London Administration will provide you with more updates as the expedition progresses.